Front Page › Forums › General › Memes Only › Reply To: Memes Only 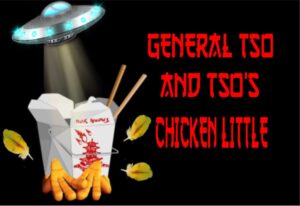 May 8, 2021
China launched the first module for its space station into orbit late Wednesday, but the mission launcher also reached orbit and is slowly and unpredictably heading back to Earth. Furthermore, the space race now is heating up between China and the United States. Not only are they creating exotic weapons, they are also beefing up their ability to listen to extraterrestrial broadcasts. Tonight Ground Zero, Clyde Lewis talks with Chinese UFO researcher, Shao Ma about GENERAL TSO AND TSO’S CHICKEN LITTLE.

Reply To: Memes Only